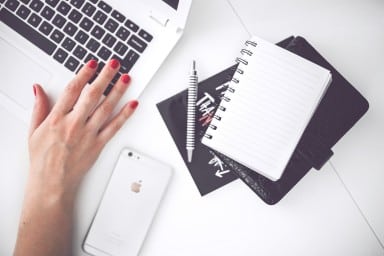 How to Develop a Social Media Crisis Strategy

It may be difficult to imagine that a comment, advertising campaign, graphic, misquote or argument on social media could cost your organization immeasurably in terms of sales and brand favor.  Increasingly as communications now move nationally and internationally at the speed of IOT, compromises can occur, and it is essential to have a solid social media crisis strategy in place, and ready to implement.

What Contributes to a Social Media Crisis?

Digital marketing teams and community managers deal with small problems and minor incidents on a daily basis.  One of the most important aspects of social media management is the important handling of negative or inappropriate comments, images, channel security and customer service responses that enhance the brand experience and image to consumers.

But a social media crisis is something far larger than coping with a negative comment or two.  It is an incident where something that your business has said, or done has caught national or even global attention in a negative light.  Sometimes however, the brand may not be at fault in any way, but be in a position where they have to defend against a substantial social media public backlash; one that can cost millions in lost sales and customer retention, if not handled in an appropriate way.

Looking for some examples of social media brand crises in 2016?  Who could forget the staff member at Kitchenaid who tweeted insensitively about President Obama’s deceased grandmother?   The tweet was sent on the Kitchenaid official account mistakenly by an internal staffer who thought that he or she was tweeting through a personal account.   Kitchenaid respectfully deleted the tweet, apologized to the Obama family and indicated how the error happened.  They also confirmed that the individual who made the comment would no longer be managing their social.    The quick and appropriate response saved the brand.

However, in some instances, it is not an internal staff member who is responsible for tweeting something offensive, but rather a deliberate hack of the social media account that leads to a problem.  That happened to Burger King in February of 2016, when hackers replaced the official branding with a McDonald’s logo, and began to tweet offensively.   However, it was obvious to fans and followers that the account had been hacked, and in the short weeks that followed (after Burger King changed their password), their Twitter account had gained more than 30,000 new followers.

Like any other emergency strategy, a social media crisis plan is designed to respond appropriately, and funnel correct information to anyone who will be looking to access it, including customers, employees and the media.

Step One:  Assign a Team

While the best practice guidelines for your social media crises plan will commence with your marketing department, the implementation of the procedure will touch a variety of different departments, including customer service staff, sales, human resources and senior leadership officials within the organization.   Create a team with at least one representative from each impact department who will be trained to respond, and one back-up person from every essential communication group.

Define the core message that your brand needs to be expressed, in the event of a negative online backlash or public relations fallout.  The most successful businesses in the world will, in a state of emergency publicity, fall back to their core values to assure the public, customers, shareholders and employees of their commitment and integrity.

Delegate the core spokespeople for the brand.  Controlling who comments on behalf of your business is essential to resolving the problem.  A few employees who take the liberty of commenting in appropriately can fan a small flame into a forest fire, from a public relations perspective.

Your crisis strategy for managing communication through social media should be thoroughly documented, and there should be printed copies available in key areas, as well as digital copies.  Keep in mind that some social media crises can stem from a corporate hacking incident (like the event with Sony in 2014), in which case intranet and other resources may not be immediately available.  Have a back up location specifically separate from your main network.

Having a social media crisis strategy buried somewhere in the marketing archives does little to ensure that your response will be prompt, when needed.   Practice it twice per year, and ensure that as staff members change in key roles, that new staff are trained with the appropriate protocols

The ability that a brand has to pivot in the face of a public relations problem determines its ability to find a fast resolution, and minimize collateral damage to the brand and its reputation.   With luck, your business may never need it.