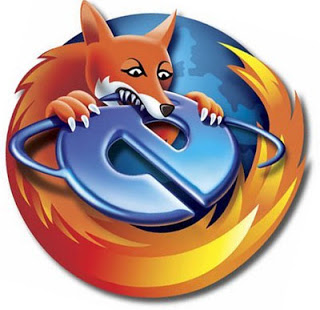 Who can forget the infamous browser wars between Microsoft and Netscape of the turn of the century? These two companies fought to one up one another to gain market shares. In process they provided feature rich browsers that seemed to quantum leap their predecessors. The consequence of all this was proprietary features that didn’t obey standards and security loop holes that have been exploited ever since. Microsoft eventually won that first war mainly because of its operating system advantage but has been losing market share steadily ever since. The big players in the game now are Firefox, Chrome, Safari, and Internet Explorer. The browser wars are about to heat up again as each one of these browsers has or will release a newer version promising to out-innovate each other once again. The difference this time around is Html5 and the desire to support it.

The first time around the web was a new frontier and browser developers didn’t care about cross-browser compatibility when they were bringing us the newest and greatest. They probably don’t care about that today, but the big difference is near universal support for Html5. The buzz word that is sweeping the nation could finally be the Web Standard developers have long prophesized about. This means that web designers and developers can finally spend more time creating beautiful and functional websites and less time accounting for each browser’s fussy disparities.

Support is not the only exciting thing to look forward to. Some of the improvements to keep an eye out for are:
Speed: Hardware acceleration is supported by all four of the major browsers newest releases. This feature can tap into your computer’s graphics processor and get a jolt of speed for complex web pages. Combined with Html5, which has tremendous support for video integration, we should see sites with layers of HD video seamlessly integrated into background graphics.

Synchronization: Mobile browsing is only getting bigger. The newest browsers will let you sync seamlessly from your PC browser to your Mobile browser and back again. Anything you do at home you will also be able to do on the road.

Of course, the door is open to the newest round of ‘feature fights’. There is always the possibility that too many proprietary innovations eliminate the advantages of having an industry-wide standard. Each browser is clamoring for user support by having the most unique and useful features. As this fight heats up the line between standard and proprietary becomes blurred and thin.

Do not fret too much. This is not the turn of the century and browser makers have learned from the wars of old. Fast-paced innovation in browsers is going to pay off for the users. As these newest rounds of browsers shake off their bugs and Html5 matures into its own we should be seeing the birth of Web 3.0.