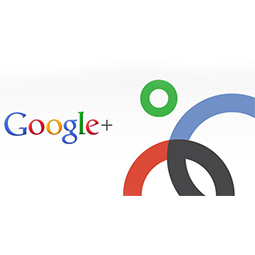 To Google+ or Not to Google+ Is the Question

This has been an ongoing debate between marketers and businesses for a long time. Soon after the launch of Google+ Pages, businesses had jumped at the opportunity to gain additional exposure by creating business pages on Google+. But with time businesses came to the conclusion that Google+ offered very low engagement levels, and that it was simply not worth their time and effort to maintain and moderate these pages.

Six months after the launch of Google+ Pages, social media expert Jeff Bullas went to the extent to say: “Google+’s engagement levels are so low that [they] actually rank behind MySpace and almost any other significant social network you want to mention.”

There is a reason for such low engagement rates on Google+. Actually, Google+ has just a fraction of active users of what Facebook has. According to a study by Nielsen published last December, Facebook attracted128 million American visitors in August 2013, who spent an average of six hours and 15 minutes on the site. In the same month Google+ attracted only 29 million visitors who spent an average of only seven minutes on the platform.

Eventually brands stopped updating their Google+ Pages thinking it was just a waste of time.

Recently, The New York Times called Google+ a ghost town and many brands probably would agree with it. The reason is simple: these brands are collecting more leads and business breaks through Facebook, Twitter and LinkedIn compared to Google+.

But there are also brands which despite being skeptical about the outcome of being on Google+ are choosing to be on it because it is one of the largest social media networks, and more importantly, because it is owned by Google. For many brands, SEO is the biggest and perhaps the only reason to be on Google+. The question though for businesses today is – what is the future of Google+?

Businesses that are thinking Google+ will eventually die are quite wrong. Google+ is here to stay because Google plans to grow the platform.

In a revealing interview with the Indian business newspaper Mint, Steve Grove, a Google+ executive who inks deals with content providers and influential figures, makes it clear that this is just the beginning. Grove tells Mint that “the reason for this is that Google+ is kind of like the next version of Google.”

Google has turned it into a platform on which other Google services are evolving. Over time Google has folded several existing products like Picasa photos and local listings along with certain parts of Gmail, Google Maps and YouTube, into Google+. Chat and Talk, once stand-alone services, were combined into Hangouts and incorporated into Google+.

Making Google+ presence mandatory for different Google services, however, is not sufficient. The question is how many users are actively using Google+? The fact is this number is quite low when compared to Facebook and Twitter’s active users.

For now, Google+ may be the ugly duckling of the social media world, but who can say it won’t turn out to be a beautiful swan?

One of the biggest advantages of integrating all other Google services with Google+ is that it has given Google the access to invaluable online user behavior data, which other social networks like Facebook and Twitter don’t have.

Is Google+ Interesting Enough to Evolve into a Major Player?

Even though there may not seem to be enough compelling reasons (such as engagement, leads) for brands to be active on Google+, they cannot ignore it completely either.

Google+ is more than a pure social network platform. While Facebook and Twitter are popular with consumers, Google+ in many ways is like a professional social network similar to LinkedIn.

Here are a few reasons for brands to like and leverage Google+:

• It is a source of social signals that Google trusts. It’s hard to cheat, manipulate or spam with low-quality content.

• One crucial part of Google’s strategy is to use Google+ to personalize search. When a potential customer is looking for a new restaurant in San Francisco on Google, he may find that a friend has clicked the +1 button next to the Rich Table restaurant. Being able to see right from Google’s search feature that a friend has recommended a restaurant could make a huge impact on his decision to try the place out himself.

• Despite Google’s Matt Cutts stating that +1 has no direct impact on search rankings, research proves otherwise. Google isn’t using raw +1 to rank webpages but there is evidence to suggest that Google+ posts do pass on other SEO benefits not found easily on other social platforms. This means that if optimized correctly, Google+ Pages will show up in search results.

• In Hangouts, brands can video chat with people anywhere in the world, host virtual meetings (with the Screenshare app) or broadcast live concerts, shows, talks, and conferences. Google+ Hangouts saves brands the expense of hosting live events, while increasing their potential reach to an online audience by engaging with them on a personal level.

• Google + Local is for businesses that work at a local level. It helps bolster your visibility and gives your customers a central point on search through which to interact with, and provide feedback to, your business.

• Google+ can build authority for your brand. If your brand is publishing content, make sure to link that content to the authors’ Google+ profiles with Authorship. This will assure Google that there is an identity connected with the content, thus imparting credibility to the content and your brand.

• Google+ Ripples helps businesses connect with influencers by allowing you to see who is sharing your content and how.

These reasons are sufficient to prove that today it’s impossible to ignore Google+ entirely.

Some brands are also proving that Google+ is a worthy investment. For them, Google+ is a platform to engage fans and promote their products on.

Angry Birds, for instance, has around 6.8 million followers on Google+, a small number compared to the 26 million “likes” on its Facebook page. Yet it updates its Google+ Page regularly to strengthen its community there and to involve its members in its activities across platforms.

If used effectively, Google+ can be a place where brands do business as well as connect to and engage with their followers and potential customers.

A few years from now, an active presence on Google+ will be vital for a business’s victory in the search game. It is imperative, therefore, that marketers understand the importance of Google+ and make it a part of their online marketing strategy.