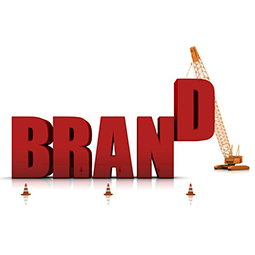 Who Is in the Control of Your Brand: You or Your Customers?

Few years ago, advertising determined the value of a brand. Companies spent millions of dollars on traditional marketing channels such as TV, radio, billboards, and the print media to attract business. People relied on these adverts and on their gut feeling when choosing a brand or a service.

Though businesses were spending huge dollars in marketing campaigns, their customer service left a lot to be desired. Complaints made by customers went mostly ignored.  The balance of power in the customer-company relationship was firmly in the hands of businesses. It was a totally one-sided affair.

What’s the scenario today? Let’s have a look:

In today’s tech-savvy era, communication is constant, instant, permanent and global. Hundreds of millions of people are active on social channels like Facebook and Twitter and are eagerly exchanging information about their experiences of various brands, which has gone a long way in restoring the balance in an erstwhile one-sided brand-consumer relationship.

Who would have thought that simple words like ‘share’, ‘tweet’, ‘like’ and ‘comment’ would change level the playing field to this extent? Today, social media is not only used to push music sales to record highs but also as a tool to oust governments (as in the case of Egypt and Tunisia).

With people moving away from being passive to active consumers, a critical question facing your business is:

Who controls your brand — You or Your Customers?

In the social world, people of all ages and backgrounds share with each other their favorite restaurants, songs, movies, and gizmos, or narrate painful experiences with various customer service executives. Consumers are thus sharing a lot of information online and they are often unsparing in their criticism of bad experiences.

They are also in total control of information they receive about a brand or a company. Before buying a product they research it thoroughly on multiple channels — the company website, social networking platforms, review websites, blogs, forums, etc. They even ask for recommendations on social media. Powered by the explosion of the Internet, social media sites like Facebook, Twitter, and YouTube now have an ever increasing say in molding the reputation of and the perception about your brand.

According to a study by Econsultancy, 70% of consumers trust recommendations from other users while only 14% trust company advertising. Every byte of data regarding your company on social media platforms can impact your business positively or adversely. A single comment or tweet can boost sales or lead to a crippling boycott of your product or severely dent the trust built by your brand over a century.

Negative opinions can highly impact the reputation of a company. Take Taco Bell, for example. When an employee uploaded a photo to his personal Facebook page of another employee licking a stack of tacos shells, it spread across social media and then onto news outlets. Outraged customers posted the photo on Taco Bell’s Facebook page demanding answers.

Such instances prove that today consumers have a voice, which they never did before. And only the companies who pay heed to these voices will survive. Businesses are realizing that this customer-focused strategy is not only prudent in staying relevant but also essential for staying in business.

Take, for example, the case of a disgruntled British Airways customer who made headlines last September after he took matters into his own hands. Twitter user Hasan Syed, who was frustrated over British Airways’ inaction after losing his father’s luggage, spent $1,000 to promote a tweet in New York City and the United Kingdom slamming the airline. The tweet was seen by nearly 77,000 people. British Airways reportedly connected later with Syed to resolve the missing luggage issue. Such word-of-mouth marketing and customer power would have been unthinkable a decade ago.

Your company’s reputation is no longer determined by marketing executives ideating at the corporate HQ but more likely by a single tweet from a customer’s cell phone, which has the potential to send your brand towering sky high or cascading down in an instant.

Social media has become a game changer in the way companies must now look at their customers. Businesses, therefore today are listening to consumers and making changes accordingly in their products, services and marketing.

Everyone who buys a product or service deserves to receive what they were promised and today, thanks to social media, customers have the ability to level the playing field by having the potential to amplify their voice when the promise is broken. The balance of power has thus shifted from businesses to customers giving them a voice.

Let’s be fair: Customers must be given their rightful recognition as ‘co-owners/creators’ of your brand.  Whether you are a Fortune 500 business or a local barista, listening to your brand value on social media will pay rich dividends. A single ‘like’ on a company’s Facebook page can generate higher returns than a thousand advertising dollars. The age old adage ‘Customer is King’ rings true even more today.